when the phone is linked to the watch,open your camera from watch after that ,touch the sceen or shake the watch to remote the camera. 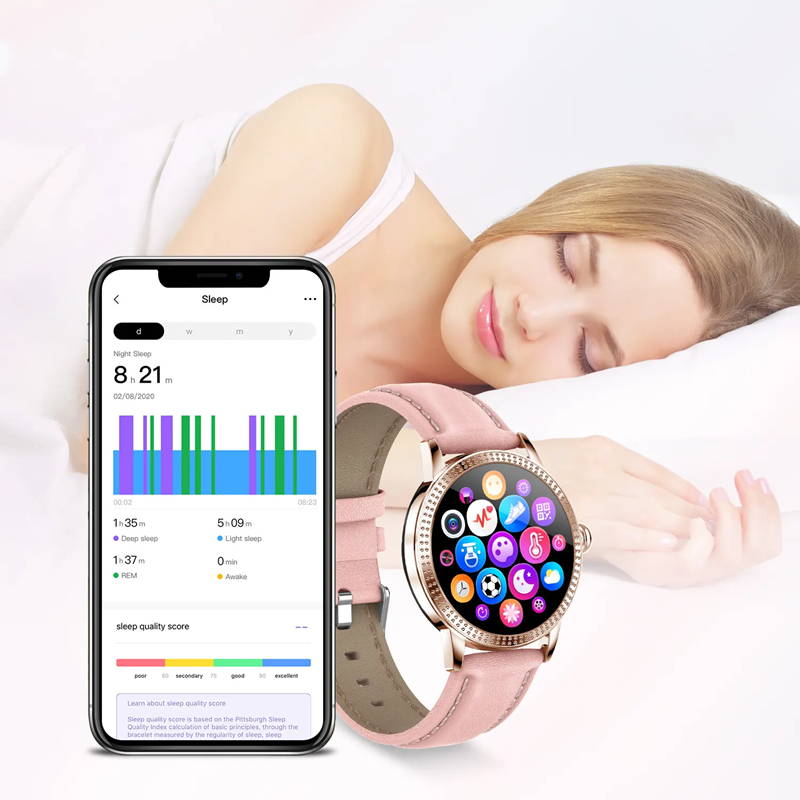 Analyze the sleep conditions at different stages of sleep, evaluate the quality level, give reasonable suggestions and management, and help you maintain good sleep habits and get quality sleep

It is a period tracker, ovulation calculator and pregnancy calculator specially designed for women, which can accurately and reliably predict menstruation, ovulation and conception dates, and calculate menstrual cycles. 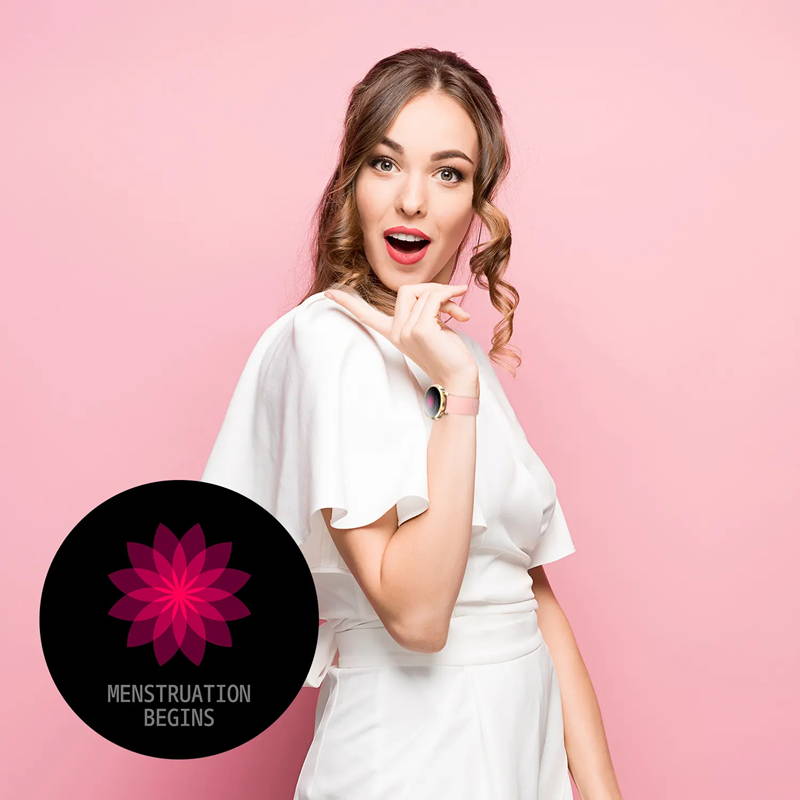 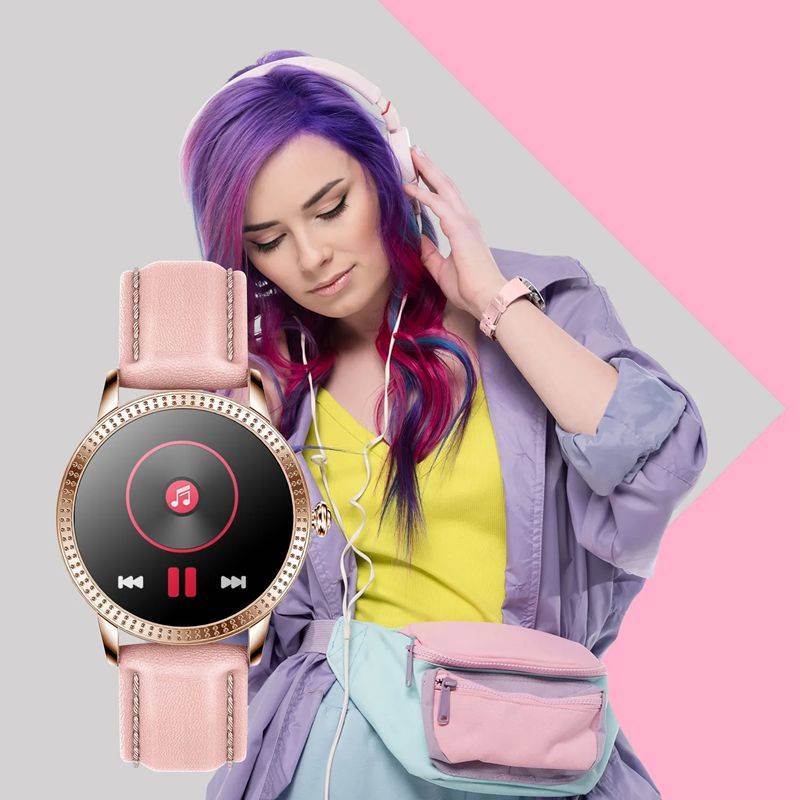 allows you to more easily adjust the music on the go, tap the smart watch to play or pause music and switch songs, no need to take the phone out of your pocket 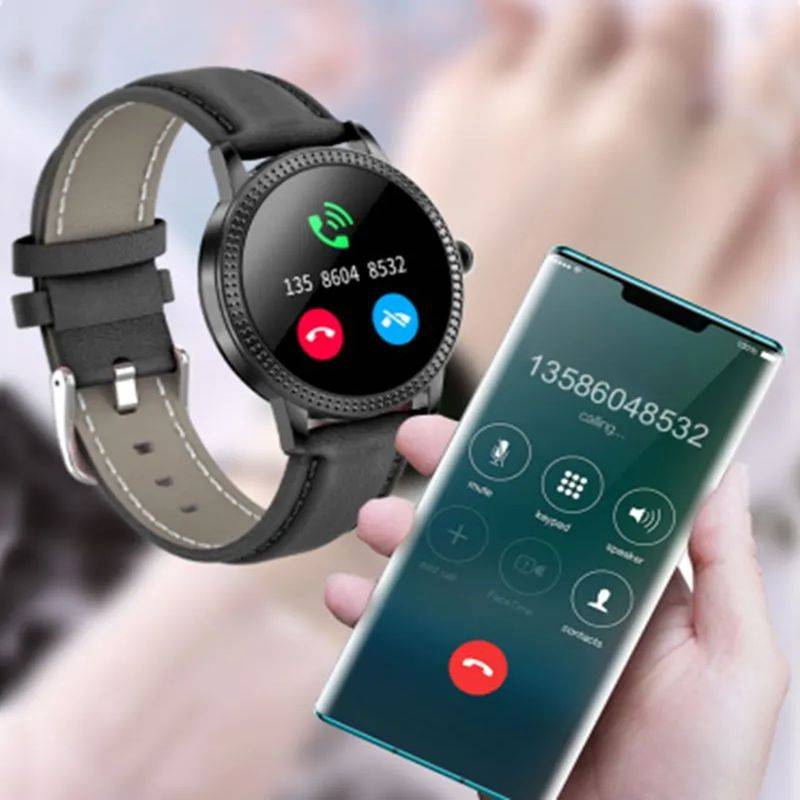 This watch is IP67waterproof.You can wear it when you arewashing hands or running inthe rain, even go to swimmingwith it, instead of taking it offfrequently.

Compatible System:   Android4.4 and above、ISO8.0 and above

Raise hand to brighten the screen

1> Please confirm that you have turned on the switchfor message push at the mobile phone client.

The smart bracelet will not receive the message pushif there is no message in the mobile phone notificationbar.

(You need to find notification settings in the mobilephone settings, and turn on the notification switch ofWeChat, QQcall, SMS and mobile phone client).

Q2: Why can't take a hot bath with the smart bracelet?

The bath water has a relatively high temperature,and generates a lot of vapor which is in the gas phasewith small molecular radius and can easily infiltrate intothe smart bracelet from the shell gap.

MISIRUN is a manufacturer specializing in the R&D, production, sales, and service of Bluetooth headsets and electronic watches. Welcome to subscribe to our information